Check out this article from Beyond PLM:

It references this disastrous situation at Jaguar Land Rover where they have spent 7 years and $225 million with the efforts of 450 people to implement CATIA 3DExperience. Ridiculous.

If you want to get nice and confused, spend some time figuring out the various versions of CATIA. (Understanding the differences between Pro/ENGINEER, Wildfire, and Creo Parametric is a piece of cake in comparison.) There are three major versions of CATIA currently on the market: V5, V6, and 3DExperience.

V6 was intended to solve a legitimate issue with multi-user CAD systems. How do you perform concurrent engineering but prevent people from stepping all over each other? With Creo and Windchill, users check out CAD parts and assemblies. When one user checks out an object, no one else can work on it. Then when the objects are checked back in, other users need to update their workspaces with the changes.

Dassault wanted to get rid of the checking out, checking in, and updating. To do so, they got rid of the actual files - no more CAD parts and CAD assemblies. Everything was simply in the database. In order to make this happen, companies had to implement their CAD data management solution - Enovia - along with V6.

What does this all mean for companies? It's terribly complicated and expensive. Seriously, when you find out the architecture necessary to enable collaboration with suppliers, it will blow your mind. Check out the linked articles above. 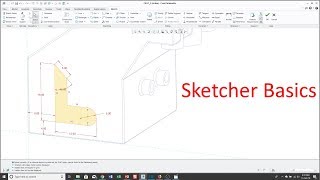